20 Timeless Chair Designs that Ever Changed Our Lives

Having these exclusive pieces like an art collector at eBay!

A chair is not only a piece of furniture but functional art. It incorporates style, innovation, and engineering into its construction. Chair designs are flowing through the entire furniture’s history. Here are 20 timeless chair designs that have had a long-lasting impact on our lives since their birth, and their immaculate designs have become the icon of the classic masterpiece.

Wassily Chair was designed in 1925 inspired by the structure of a bicycle. Wassily Chair was the first bent tubular steel furniture. The sturdy but light-weighted tubular steel creates a smooth and sleek frame, and the leather slings, which hold recline angles, offer an ergonomic and comfortable sitting. With its clean lines and elegant construction, Wassily Chair is a ground-breaking and iconic masterpiece of all time.

The LC2 is the consummate synthesis of form and function. Its minimal design deemed its iconic status in furniture-making with timeless appeal. A basket of leather cushions filled with goose-down sit well in its steel tube frame. Vintage, classic but modern and fresh, the sense of nostalgia seems never fade away…

The LC4 Chaise Longue (1928) sublimates the notion of ” beauty and comfort in one.” Its floating frame subject to the body movements best illustrates Le Corbusier’s design philosophy. Like in his 1925 book, L’Art Décoratif d’aujourd’hui, Le Corbusier outlined his expectations for furniture and defined three different furniture types: type-needs, type-furniture, and human-limb objects. He defined human-limb objects as:

“Extensions of our limbs and adapted to human functions that are type-needs and type-functions, therefore type-objects and type-furniture. The human-limb object is a docile servant. A good servant is discreet and self-effacing in order to leave his master free. Certainly, works of art are tools, beautiful tools. And long live the good taste manifested by choice, subtlety, proportion, and harmony.”

LC4 is included in the permanent collection of the Museum of Modern Art in New York. And each piece is signed, numbered, and as a product of Cassina’s Masters Collection manufactured by Cassina under exclusive worldwide license from the Le Corbusier Foundation.

Barcelona Chair was designed by Mies van der Rohe to furnish his German Pavilion at the Barcelona expo in 1929. Its minimalist style in modernism reflected the designer’s theory ” Less is more.”

Zig Zag Chair completely defies the conventional seat concept–without arms and legs. It is one of the first examples of a cantilevered solid wood chair made by four flat pieces of elm joined by dovetail joints and metal screws. Visual instability and physical sturdiness, and comfort display in the same perch. It is now produced under license In Cherry or Ash by the Italian manufacturer Cassina S.p.A.

Three Argentina designers created butterfly Chairs, also called “BKF,” as the initials of the three designers. This iconic modernism of Latin American became one of the most copied designs of the 20th century. The classic silhouette –linear leather covering formed a cocoon-type womb. And the chair achieves the utmost aesthetic pleasant while renders comfortable seating. It has a great value of a collection.

Legendary designers– Charles and Ray Eames– designed the elegant lounge chair La Chaise for a competition at the Museum of Modern Art in New York in 1948. The lounge chair has long since established itself as an icon of organic design. Now Vitra is the sole authorized manufacturer of Eames products for Europe and the Middle East. Any Eames products made by Vitra are deemed as ” original.”

Danish chair designer Hans Wegner is well known for his popular style of ” organic functionality.” The Round Chair was—and still is—the clearest example of a ground-breaking design that emphasizes logical shapes that were based on function rather than excessive ornaments. The chair was prominently on display in the first televised U.S. presidential debate between Richard Nixon and John F. Kennedy. Both presidential candidates sat in The Chair during the debate.

Eames rocking chair is the iconic design of the 1950s. Its timeless, ergonomic design with unconventional leg options has its stand out in the furniture industry. It was the first plastic chair ever. This masterpiece applies different materials – fiberglass seat, steel frame, and maple base, which offer a vibrance and modernism to the surroundings.

Diamond Chair is rather a chair than an astonishing sculpture! It got inspiration from an industrial material, and the designer sublimated it beyond mere utility into a masterpiece of art. The Diamond Chair is one of the most recognizable mid-century modern designs.

Like Bertoian himself described this chair: “They are mainly made of air, like sculpture. Space passes right through them.

Danish designer Aren Jacobsen accommodated three different bends in one piece of plywood. By narrowing the center, he injected novelty into this comfortable curved seat. Since it was invented, the ant chair swept the world with great success. It has three or four legs, mimic an ant raising its head. The free-form shapes in typical Scandinavian design ignite the nature of minimalism.

In the 1980s, Chandigarh Chair was discarded and pile up across the city when people shifted to more contemporary designs. Fortunately, furniture dealers began circling the city and bought many original pieces from the city in the 1990s. Then Chanigarh chair was revived and won global recognition as an iconic design.

The Indian government now imposes a ban on Chandigarh furniture. None of the original pieces still in Chandigarh are allowed to leave the country without approval from the country’s Ministry of Culture. Today Jeanneret chairs in both original and restored condition still attract record prices at auction and become the sought-after collection for many world-class celebrities.

Eames Lounge Chair and Ottoman is a timeless design. It takes on a 19th-century club chair and conveys inspiration throughout modern history. Introduced in 1956, it immediately became a phenomenal and impeccable totem – nothing equal it until today.

The chair was displayed at the Triennale in Milan, where it received the Grand Prix in 1957, the finest distinction of the exhibition. And then took its name from there. This is one of the few Arne Jacobsen chair designs with wooden legs. The combination of a contemporary seat with wooden legs and the back in a stumpy Y shape makes its way into many homes, particularly around the dining table. In the original version, the shell was made with a teak or beech finish. Now it can be customized through a series of colors, wood types, and upholstery.

Egg Chair was designed as a couch and owed its name to its organically shaped seat– a semi-open egg. Actually, only a handful of Egg couches have ever been made in Jacobsen’s time. One of the main reasons is the couch needs to be covered by two entire cowhides; otherwise, visible stitching could be down the middle of the couch. Today, high-quality materials of fabric upholstery are the solution to the problem.

Swan Chair features curves without any straight lines, like a graceful swan perking in the lake. A molded shell of synthetic material on an aluminum swivel base, with a shell upholstered in fabric or leather. It has been one of the iconic designs ever since its birth.

American designer Norman Cherner designed Cherner Side Chair in 1958. The chair resonates with the preoccupation of molded plywood at that time. The solid bentwood arms in the sleek and minimalist curve defy the conventional arm construction and render an appealing visual spot whatever it is placed.

When Danish designer Hans Wegner released his Shell Chair in 1963, it didn’t get too much applauded from the market until 1998, when Carl Hansen & Søn reintroduced the Shell Chair in 1998. The chair’s signature wing-like seat, curved backrest, and three arched legs offer a unique and stable structure. If you see the chair from the front, you’ll find that all corners are generously rounded, which clearly reflects the designer’s belief: The chair should be beautiful from all sides and angles.

The Panton Chair is the world’s first molded plastic chair, and it is considered one of the masterpieces of Danish design. The chair was included in the 2006 Danish Culture Canon.

Today, Panton Chair is part of the collection of the Vitra Design Museum.

PrevPreviousWhy Should You Choose Wooden Wall Arts for Your Space?
Next10 Wall Art Prints Ideas to Refresh Your SpaceNext
Popular posts 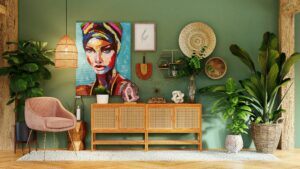 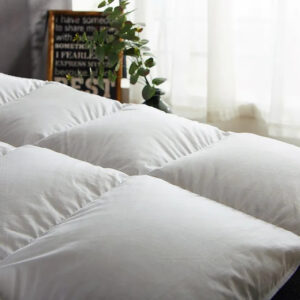 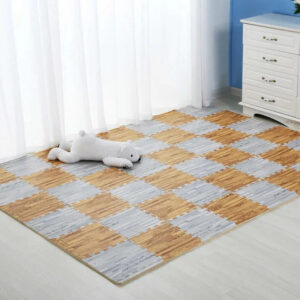 Customize A Perfect Floor Mat For Your Home 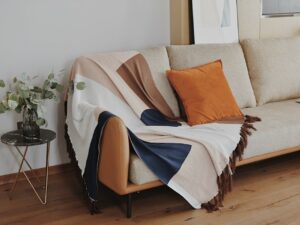 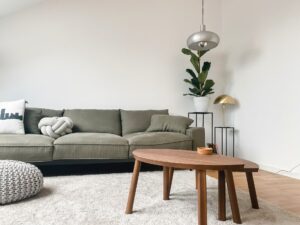 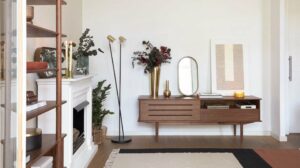 KaveHome Brings Back Nostalgia For Old Pieces With Retro Revival 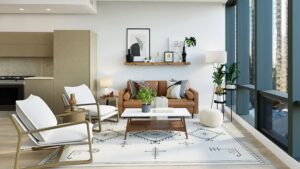 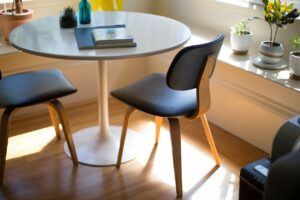 Why Accent Furniture Is the Secret Ingredient in Home Furnishings? 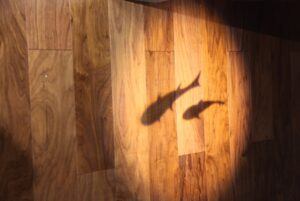 How to Properly Use Accent Lighting in Your Home

Pinterest-p Reddit-alien Envelope
We use cookies on our website to give you the most relevant experience by remembering your preferences and repeat visits. By clicking “Accept All”, you consent to the use of ALL the cookies. However, you may visit "Cookie Settings" to provide a controlled consent.
Cookie SettingsAccept All
Manage consent

This website uses cookies to improve your experience while you navigate through the website. Out of these, the cookies that are categorized as necessary are stored on your browser as they are essential for the working of basic functionalities of the website. We also use third-party cookies that help us analyze and understand how you use this website. These cookies will be stored in your browser only with your consent. You also have the option to opt-out of these cookies. But opting out of some of these cookies may affect your browsing experience.
Necessary Always Enabled
Necessary cookies are absolutely essential for the website to function properly. These cookies ensure basic functionalities and security features of the website, anonymously.
Functional
Functional cookies help to perform certain functionalities like sharing the content of the website on social media platforms, collect feedbacks, and other third-party features.
Performance
Performance cookies are used to understand and analyze the key performance indexes of the website which helps in delivering a better user experience for the visitors.
Analytics
Analytical cookies are used to understand how visitors interact with the website. These cookies help provide information on metrics the number of visitors, bounce rate, traffic source, etc.
Advertisement
Advertisement cookies are used to provide visitors with relevant ads and marketing campaigns. These cookies track visitors across websites and collect information to provide customized ads.
Others
Other uncategorized cookies are those that are being analyzed and have not been classified into a category as yet.
SAVE & ACCEPT
Scroll to Top